A few notes on a long, congested and at times hectic season: Congratulations to the trophy winners.

The Mens EBL (Div 4) B Team were the stars. Steve’s team came within a few minutes of a 100% record, winning 13 out of 14 matches, and finishing as champions, 5 points clear of the second placed team.

The A Team (EBL Div 3) found themselves surprise leaders with 3 games to go, but lost all of those games to finish 5th and now face the prospect of two matches against the B Team next year.

In the Over 60s League we struggled all year after promotion to Division 1 last term, and finished second from the foot of the table, returning to Division 2 next year.

News of the Ladies League is hard to come by, but I understand new players have had a very positive effect. Perhaps Maz can update us as her busy schedule draws to a close.

And in the Friendly Matches.

Unfortunately Maz and I have had to cancel a few matches in August – clearly too many competition matches to play and some players have a life away from bowls! I hope a few of us can sit down soon and work out how this situation can be improved next season: any helpful comments welcome.

We didn’t have any such problems with the Brian Taverner Cup games but we are still waiting to see if we have retained the Cup: despite winning all three games we could still be beaten, but I hope our attendance at the excellent BTC presentation lunch will be good – win, lose or draw.

I have been calculating, if that’s the right word, a Mixed Friendly Player of the Season: 5 points for an appearance plus or minus one point for each shot on your rink. We played 17 games (Won 10, + 84 shots over the season) and the top 5 players are:

Thanks very much to everyone who has supported the mixed triples team and
congratulations to Des Cook. A special mention for Maz and Danny.

Maz has had a great season: as Captain of the improving Ladies team, gaining
her County Badge, winning the Two Wood Trophy and progressing well in County
Competitions. Well done and hard luck on losing out in the County Singles
Semi Final this week.

Danny has also had a good season in friendly games, did exceptionally well
as in all internal competitions, and is now breaking into the league teams.
Not bad for a Petanque player. I just wish he’d use email.

Finally may I commend to you the Annual Presentation Dinner on 26th October? A great way to celebrate another season packed with entertainment, and the food is excellent value too. Put it in your diary and look out for an email soon.

After a great run of winning 13 consecutive games the ‘B’ team lost their final game 30-27 away to Sandy Cons ‘B’. It was a very close game with Great Barford ahead for all of the game until the last ends on both of the rinks.

It has been the great team effort from all of the players this year that has enabled the ‘B’ team to be promoted as Champions of Division 4. 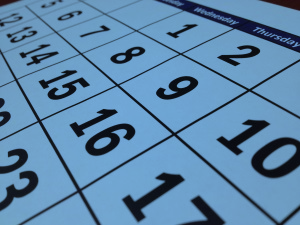