Here is our last league table for this season. We missed out on promotion by 1/2 point, a bit disappointing but still a massive improvement from the last couple of years where we were fighting to stay up, so well done to you all.

I would like to say a special thank you to Fred for doing all our teas for our home games, also thanks to Mike Pryce and Pete Roberts, for turning up early for most home games to put the rinks out, and last but not least, our team groupie Bernie Scofield, we all really appreciated his support. 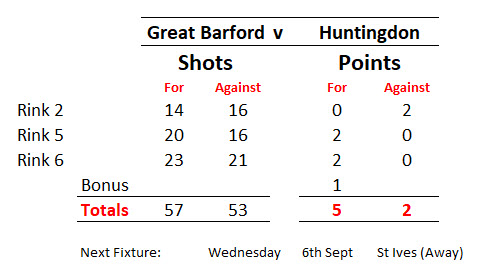 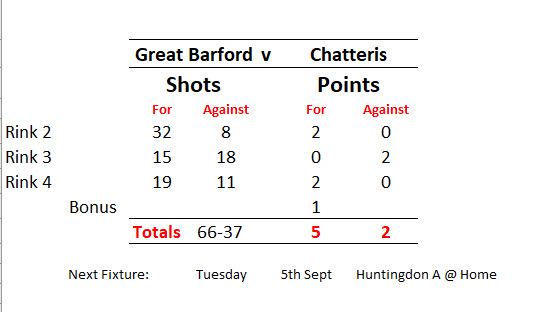 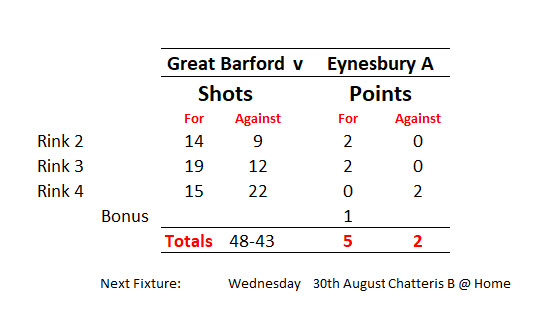 As promised (thanks Jennie) the latest Millicent Childs League table for Division 2:

Need to win all remaining games convincingly to have a chance of promotion so Come on you Over 60s!!

Last week’s game was called off because of torrential rain but Great Barford Over 60s returned to action with a disappointing game against Royal Oak, which was a green to master and we couldn’t resulting in a 0-7 loss. So we move on haha.

Tuesday 5th September against Huntingdon A at home

After these games another season is over for the Over 60s. Latest league table will be added as soon as it is available.

Back on the winning way for the Over 60s team: 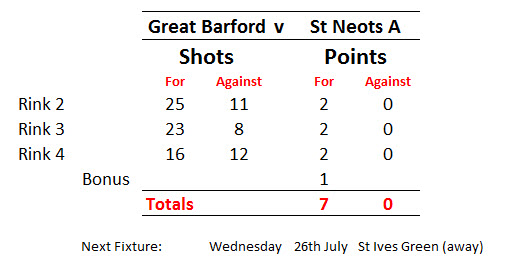 The rearranged fixture away against St Neots A will be held on Wednesday 6th September.