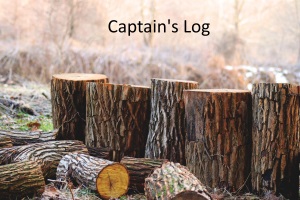 This is always a very popular and enjoyable day – please turn up to play even if not signed up. I’ve got my name on the honours board twice just by having the luck to be drawn with the right players.

Arrive 10 am to register for the draw, play starts 10:30. We anticipate 5 or 6 triples play short matches (6 ends) to determine 2 finalist triples who play 12 ends for the very fine Trophy donated by P.A.Bygraves, to be presented on the day.

We will break for lunch so PLEASE EACH BRING A SMALL PLATTER OF FOOD for us to share as a varied buffet.

A mixed season in the leagues.

In the Monday night Men’s league, Steve’s B Team have already won Division 4 with 4 games still to play, and having won their first 10 matches are being hailed as The Invincibles.

Meanwhile in Division 3 Malcolm’s A Team are quietly establishing themselves as one of a group of teams that could sneak the title.

In the Tuesday night Ladies league Maz has more players available this season, results have improved and they have a firm grip on mid-table.

Less luck on Wednesdays as the newly promoted Over 60s side are battling to avoid relegation: John Griffiths has stepped down as captain, not as a result of fan pressure but to deal with the aftermath of an operation (good luck John). Steve has taken over.

I have had to cancel 3 games recently because we could not field enough players: not something I like to do and we will look more closely at the number of games we play in July/ August 2020.

We had no problem with teams for the 3 Brian Taverner Cup Games, still friendly but also competitive! We won them all and stand a good chance of retaining the Trophy which sits behind our bar. But this is decided on the total of points gained in each match and the final result won’t be known until all matches are played. I’ll let you know. I hope, win or lose, we can support the excellent Cup lunch in October.

With just 4 mixed friendly matches to play Des Cook leads the PLAYER OF THE SEASON table (97 points) from Danny (87) and James (68). But points can go down as well as up so this can still change (5 points for playing plus or minus shots difference on your rink).

Once again: PLEASE CHECK THE FRIENDLY MATCHES LEFT TO PLAY AND SIGN UP EARLY.

As ever we struggle to fit in all the ties but we’ll get there. Will all those still in competitions not only play your ties soon but also leave SATURDAY 31 AUGUST free: this is Finals Day.

The Aussie Pairs League has been very popular with some great games and all matches played with enthusiasm: it has suffered from injury, illness and fixture backlog but we are hoping to wind up with final matches and 2019 Champions on 16 August. This league will be back in 2020, starting earlier, with improved format and more of you should enter: it’s good for your game.