End of season with all the results and the final league table for the 3 Shires Petanque League: 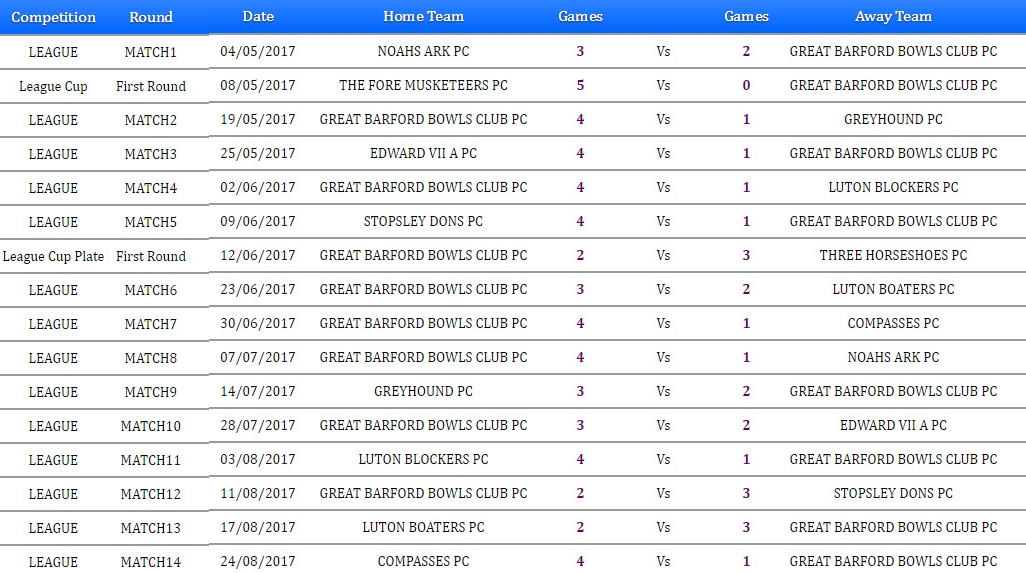 Latest results and League table, good chance of finishing in 3rd place in the table – go on petanquers you can do it! 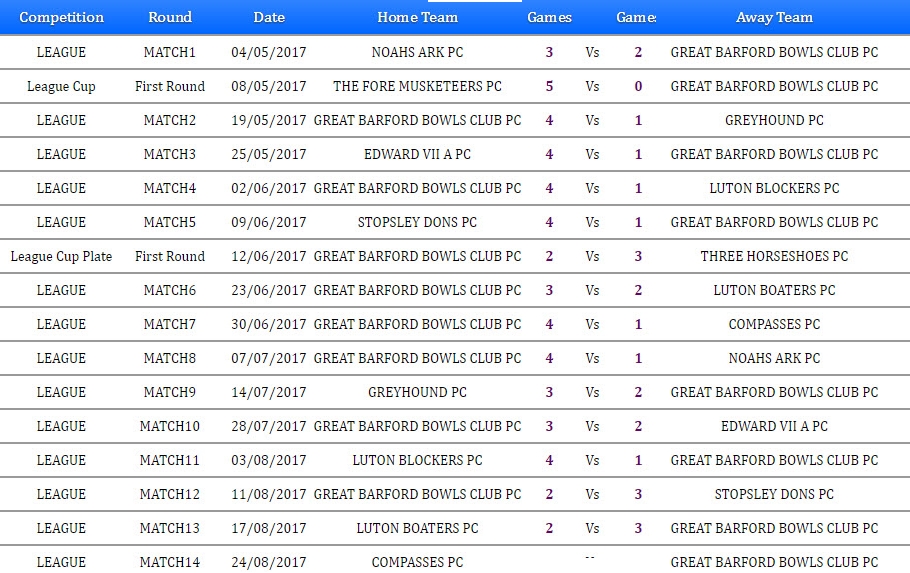 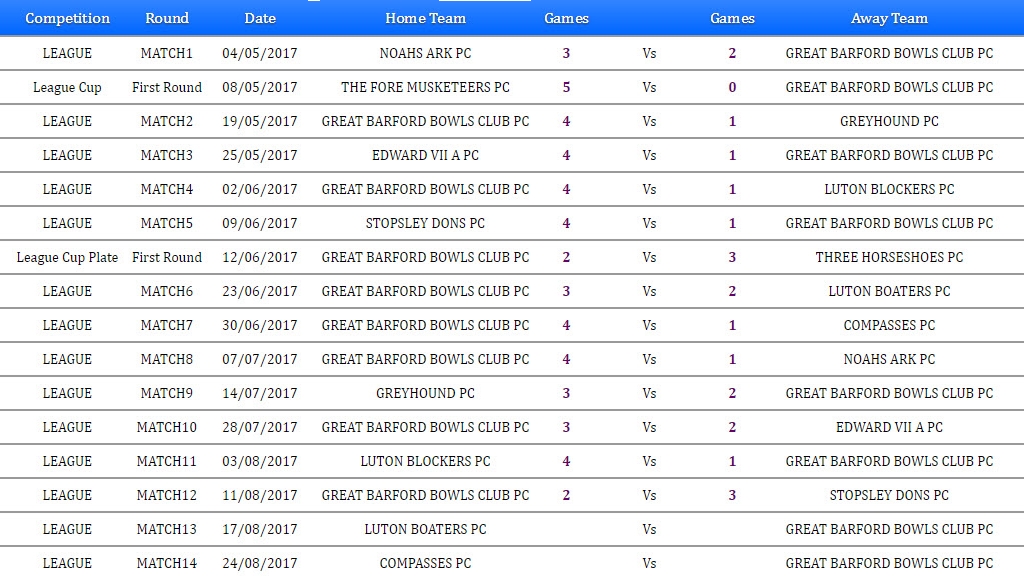 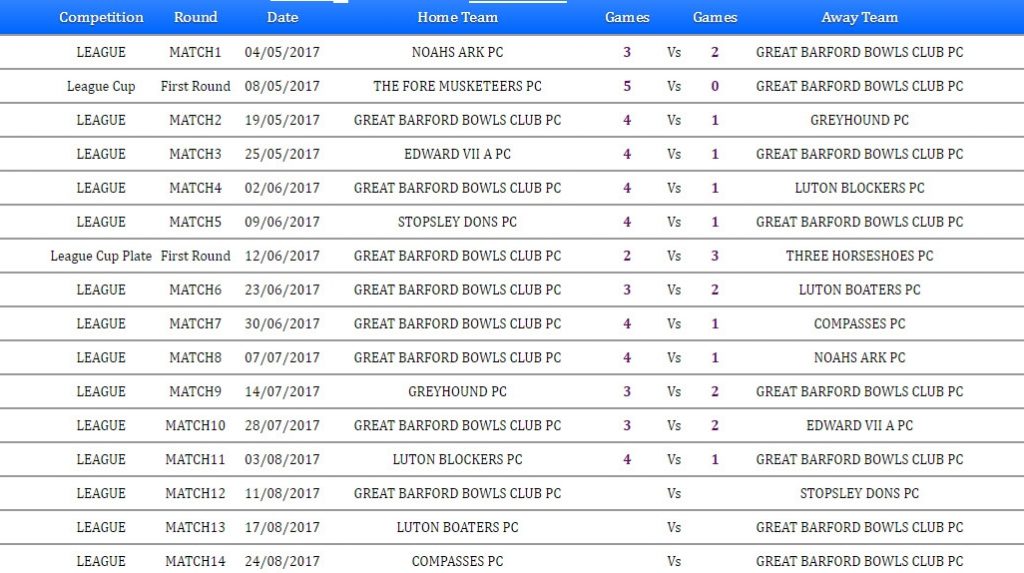 Great Barford Petanque team played a team from the Edward VII pub in Guilden Maulden who are top of the league? The game took place at Great Barford on a very damp evening. The teams each won one of the triples. The home team then went on to win two of the three pairs games.

It was a good win for the Great Barford team with the games having been played in a very friendly atmosphere. At present the Barford team are maintaining their third position in the league. 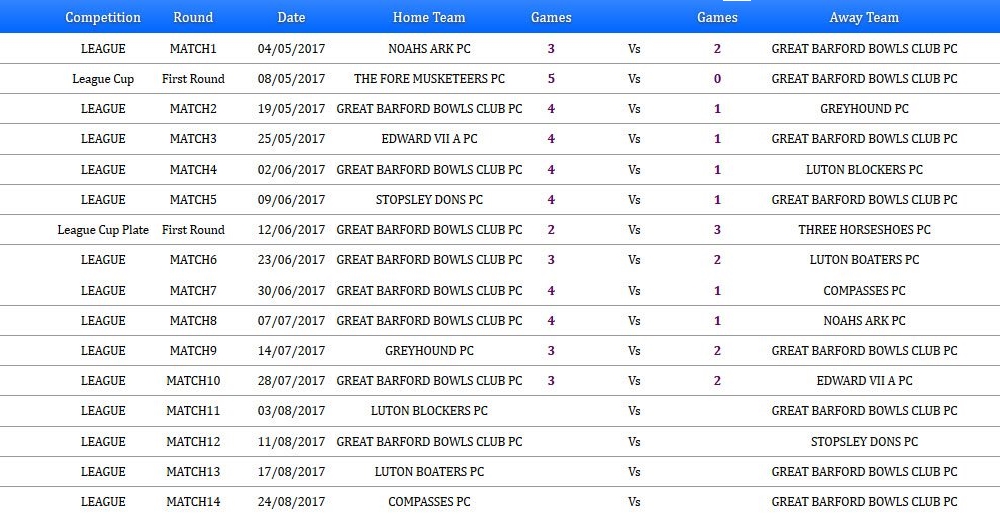 Great Barford PC team played the Greyhound at Haynes last week. Unfortunately we lost 3/2 but it was a very competitive enjoyable evening. We did not play the Greyhound last year and were very impressed by the modernisation and improvements to the pub. The food after the game was excellent. 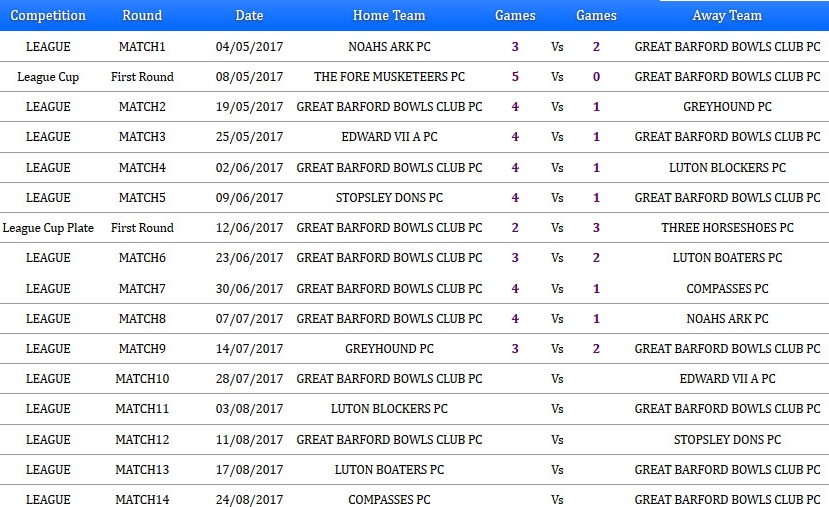 The Petanque team had a very good win against the team that was top of the division by 4 – 1. 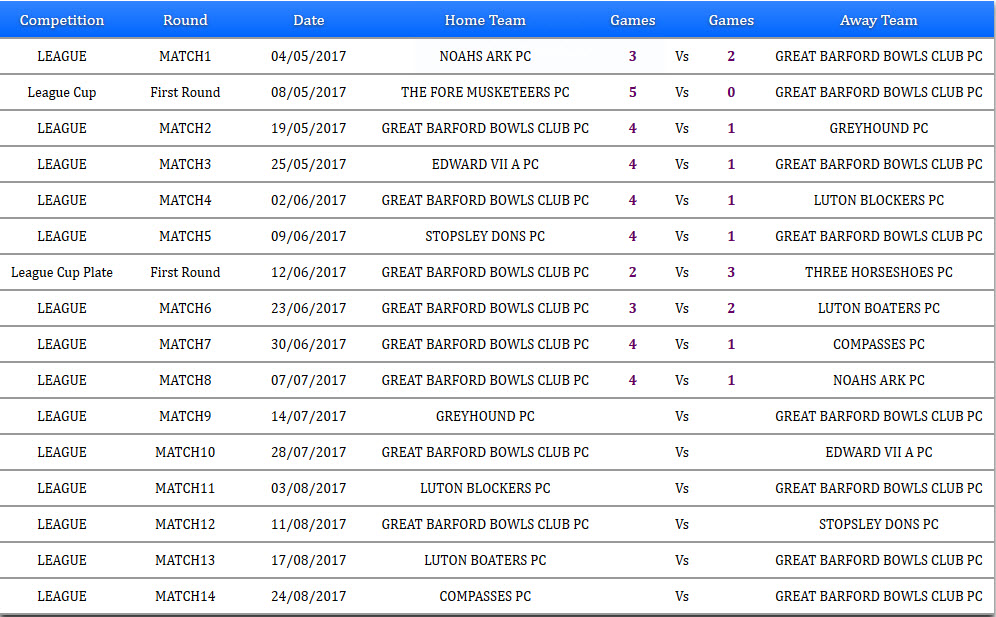 The new piste is taking time to bed in but the club is very grateful to Danny Simpson from the Stotfold Conservative Club for work he has put into ensuring we have a very good competitive surface. We would also like to thank the 3 Shires Petanque Association for the donation of two floodlights.

We are looking to organise a Petanque/ Bowls challenge on the 1st September. 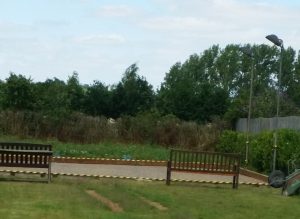 New petanque piste hosted it’s first match on the Friday 30th June with the visit of Compass PC. The result being a clear victory for Great Barford Bowls Club PC by 4-1.

The team played against the Stopsley Blockers at the Axe and Compass Heath and Reach ( our home venue at present) last Friday. Great Barford won the 2 triples 13/7 ad 13/8. The pairs were strongly contested but Great Barford ended up just winning 2 13/12 13/12 and lost the final game 12/13. The evening was closed with the good food supplied by the Axe and Compass. A good evening and great company.

Friday 19th May
The Petanque team are playing their home games at the Axe and Compass Heath and Reach until their piste is ready. They played The Greyhound from Haynes last Friday and won 4-1 in appalling weather.
You can see the latest league table by clicking on this link.

The Petanque team played The Fore Muskateers at the Par 3 golf course Letchworth in the Knock Out Cup. Before the start we knew we were going to have an interesting evening. The host team had three county coaches playing for them. Great Barford started well with both teams being up in the triples to begin with then the opposition put the pressure on and eventually won both the triples. The result of the match was 5-0 but it was an enjoyable evening. The opposition then did a little coaching for our team.

The Petanque team had their first league match this evening. We played the Noah’s Ark from Shillington at their temporary piste at the Musgrave Arms, Shillington. There was a good start with Great Barford winning both the triple games. Unfortunately we lost the 3 pair game and therefore lost the fixture 3-2. The next fixture is in the Knock Out Cup next Thursday against the Hen and Chicken at Letchworth.